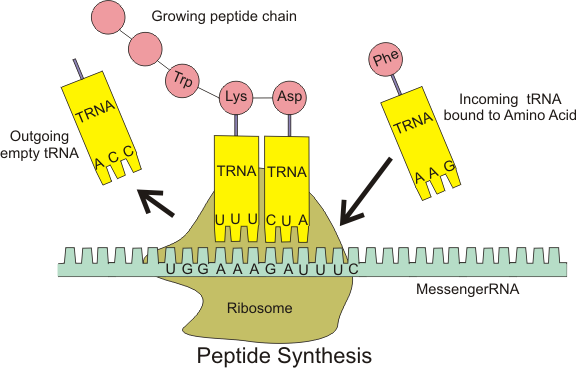 It’s kind of like this. Sort of. OK, not really, but I needed to get some science up ins.

As a historical performer and part-time amateur researcher, I have a fairly healthy relationship with the practice of translation. Very often, when I’m prepping a piece for performance, I’ll double-check a given translation against the original language (where possible), re-tracing the translation steps in search of new inspiration.

Translation is a finicky process. We know that we think linguistically – that is, the language we speak is inexorably tied to the way we think, and languages with different rules necessarily mean that the speakers of those languages will also think differently.

It’s a strange thing to grok, and it presents an obstacle every time we try to figure out what these ancient cultures were saying. Words are simply a vehicle for meaning – a convenient packaging for our thoughts that we share with each other. Every time you sit down to translate a passage, you’re not just converting one word to another like some cryptogram – you’re also trying to get the sense of what’s being said, the nuances that exist exclusively in that rusted broken-down vessel of thought that is a dead language.

The linguistic nature of thought means that we will almost certainly never be right in a translation. Some things simply won’t work because our brains aren’t wired to think like that ancient culture. Perhaps with enough time we can learn to think that way – but more often than not, we’re simply aping those thought paradigms, blundering through them while not quite getting them.

Here’s my go-to example of what I’m talking about. This is a passage from Egil’s saga which I have partially translated and re-poeticized:

Right, so that doesn’t make any sense at all. Step one in translation to figure out what is literally being said. Typically, it looks like this:

But I have a different take on the poem:

The hard-handed wound-smith
heard this praise-smith’s word-play;
pelt of silent sea-wolf –
size of skald – was prize. Then
red-haired sea-horse riding
rover called me over,
broke the brook’s hawk-bed –
a boast-egg for Egil.

My take diverges pretty far (at least in a literal word-for-word sense) from the original text – but I did that intentionally in order to convey additional meaning. See, “three ever-silent surf-fury dogs” is a kenning, a reference to three sea snail shells that Egil had just been given as a gift.

Few questions in life have ever been greater than this: what the hell are the three seashells for?

It likely refers to an old Icelandic tradition where children would play a game using seashells – one kid would take shells as sheep, and the other would use shells as herding dogs, and attempt to keep the other from moving.

In other words, the seashells are a reference to a game that Egil would play as a child. A modern audience has virtually no way to know what the hell this is supposed to mean, but it’s important to the development of the character – it shows that Egil had a deep understanding of the world around him even at a young age, and that he could creatively re-interpret the world around him into poetry.

In the story, he was 3 when he composed that poem.

So, rather than stop and educate my audience, I chose to reference a different children’s game: Red Rover. The principle of the original piece now comes through – I show a child who re-casts their experiences in a poetic light, and the audience will get it because of the commonly understood children’s game.

And you wouldn’t get that unless some guy with an inflated ego thought “I can tell that better.”

Academic translation will often focus on word accuracy, even when those words don’t mean anything to us. It’s important that we have that accuracy – but remember that words are not the only thing we translate. As I said, they’re simply vectors for ideas, and if we can’t parse the vector, we’ll never really get our brains around the idea. And really, the idea is the important part. Every act of translation involves making changes and choices to the source material, sacrificing some amount of accuracy in the process. It’s unavoidable, because as I’ve said above, the language literally governs the thought structure. Square peg, round hole – you get the idea. You have to alter the contents to fit the new container.

So, while it is important that we do academic translation, we can’t forget to also let our ideas be shaped by our new vehicle. Be inspired by your choice of medium, and attempt the way you convey your idea to your new form. Don’t try to stubbornly force something into a shape that it really wasn’t meant to hold.

The concept of translation goes beyond word conversion, though. Words are a single vector, but we have many other ways of communicating ideas to one another. Pictures, movies, music, dance – these are all ways in which we attempt to communicate ideas to other humans. When we take an idea from one medium to another, we have to “translate” it to the new medium in order to convey that idea. We have to adapt those ideas to expression in a new medium; if I’ve focused on telling you something with words, I’ll have to work pretty hard and get pretty creative if I want to say that same thing in song. It’s doable, but it takes effort. The same principle applies: allow yourself to be inspired by your medium.

The film adaptation of The Hunger Games is a great example. I found the book to be nigh-intolerable because of its forced first-person perspective (an important device for its intended audience, but unnecessary for me); however, the film used a 3rd person perspective and a liberal application of the “show, don’t tell” principle of storytelling.

The result was excellent – the film used its visuals to tell you about the world, without needing first-person exposition. That allowed the director to focus on presenting the story in the most compelling manner possible – and it worked. The story and characters come across (provided you’re good at reading visual cues), and the whole story moves nicely.

A lot of people (I’m looking at you, Internet nerds) really hate it when a movie adaptation of a book departs from the source material – but as I’ve touched on above, it’s a necessary step. We must translate those ideas to a new medium (because each medium conveys thoughts differently), and that often means we’ll depart from the story you know and love. Toss out a character here or there, combine some dialogue, get rid of goddamn Tom Bombadil because we don’t need him – you get the idea. It’s jarring because we speak both the language of books and the language of film, and we’re watching as a sentence is translated and becomes wonky. It no longer matches expectations. It makes us uncomfortable because it’s unfamiliar.

But you know what? It also holds the power to make the story better, or at least to give it a different impact. In changing between media, we have an opportunity to present a new vision of an old idea – a chance to re-explore it and extract additional value. What a great opportunity to learn and grow! Keep the ideas alive that much longer, and watch as they grow into something we never expected. This is the heart of innovation.

You wish you could make your stories this bad-ass. Admit it.

Does it always work? Hell no. But translating any material across media is an experiment, and all experiments carry a risk of failure. Actually, they carry a virtual guarantee of failure. Being wrong isn’t a bad thing, though – it’s desirable, and it helps us grow.

We have an advantage in that the original material still exists (well, pretty often, depending on the medium) even if you attempt a new take, so you can’t really lose anything in the attempt. You only stand to gain, and you just might hit on something big.

And what happens if we really really insist on preserving the source material, reproducing it as accurately as possible in a new medium. Well, sometimes nothing in particular – and sometimes it sucks really hard.

So don’t be afraid to head off the reservation. Let a new take inspire you, and don’t get too hung up on being a stickler for details. Maybe, just maybe, you’ll find something you love even more.